Last week we (location Ismaning) set of to Garching to go on points hunting. After we managed the first challenge –to find a parking spot and the entrance of the building- we could continue with the program. During the introduction it already became clear what the team constellation would look like: women's power against men`s power!

In a constellation of 7:5 we entered the field. High expectations of a united points hunting, a structured approach, a sophisticated group tactic and resultant synergy effects were quickly wiped out. Kind of uncoordinated but full of fun and motivated to win, the two teams started to run and used the entire playground. Despite the very exhausting running, no incidents were recorded.

After 12 minutes full of laugher, curses and total commitment it was even more interesting which Team was the actual WINNER (picture attached).

Even though the women-team had to surrender we want to highlight the outstanding performace of our working student (our „joker“), who did definitely head the list. 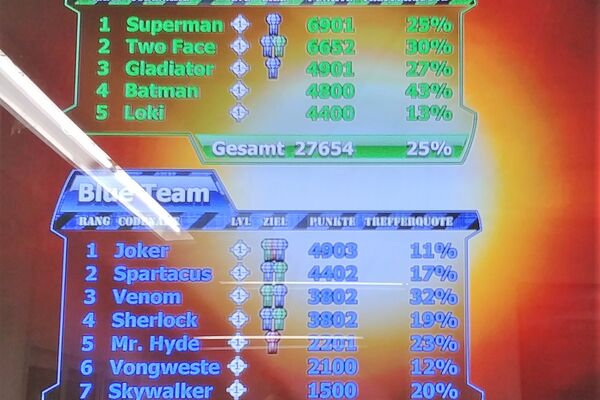